The ENDURrun is an event that is rich in many things, not the least of which are traditions.

This year saw the birth of a new custom designed to celebrate excellence and to publicly recognize some of our top performers. The Golden Club is for any runner who has ever won a Gold Jersey. A Gold Jersey is awarded to a runner who leads the Ultimate division after Stages 1-6.

The perk for being in the Golden Club is the opportunity to wear the Gold Jersey again, in The ENDURrun, without leading the cumulative division. Wearing gold and yellow coloured shirts or jerseys is prohibited for any runner except the male and female cumulative leaders in Stages 2-7. In this new exception, all Golden Club members are encouraged to wear the jersey at Stage 1 in any future ENDURrun.

Twenty-one runners have won a Gold Jersey in the history of ENDURrun (full list below). A runner does not need to win the Ultimate division to be included; five of the twenty-one members of the club do not have the championship to their name. However, Angela Batsford-Mermans joined the club in 2016 and has a golden opportunity to win the championship this year. (Update: Angela did win the 2016 ENDURrun!) 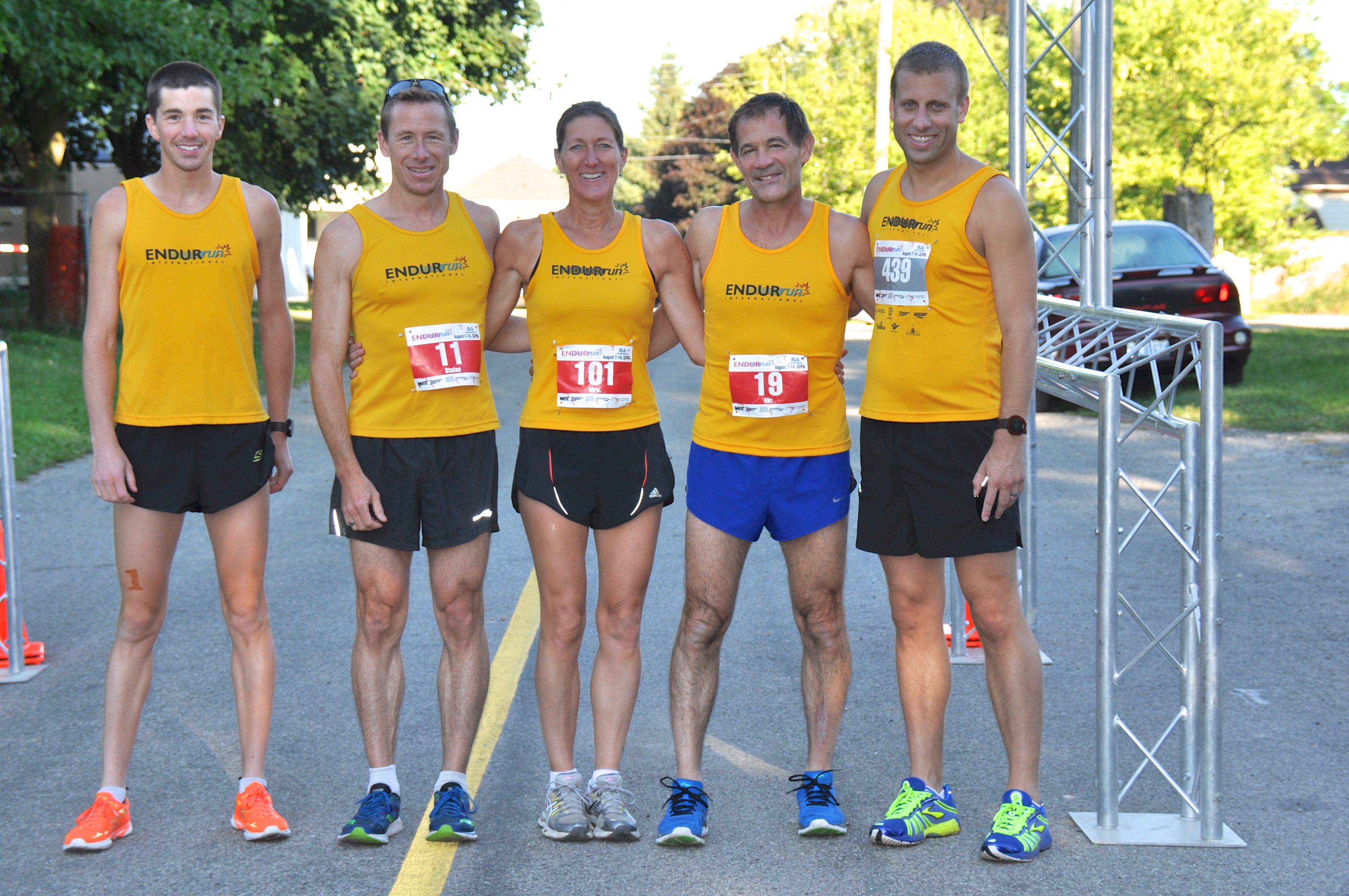 In 2016, five members ran in Stage 1: (l-r) Robert Brouillette, Stefan Gudmundson, Joanne Bink and Mark Meyers in the Ultimate division, and Rick Straughen in as a Guest runner.

Careful inspection of this table will reveal a technical curiosity of the Gold Jersey: one is awarded for the explicit purpose of wearing at The ENDURrun and not for the merit of leading the cumulative alone. The niche case is that you can’t win one by leading after Stage 7. This actually happened; in 2008, Jackie Gorski trailed after Stages 1-6 but took the overall victory in Stage 7, and was not awarded a Gold Jersey for it. It wasn’t until she returned and won Stage 1 in 2009 that she was admitted to the Golden Club. Under the modern Golden Club rule, Jackie would have actually been presented with the jersey before that 2009 Stage 1.

We look forward to welcoming back club members to Stage 1 on August 13, 2017.