These thousands of photos are once again available online, for you to re-live the memories and to use freely.

As you know, our wealth of ENDURrun photos (and all Run Waterloo photos in general) has disappeared from view. Moving our hundreds of thousands of photos to Flickr from the now-retired Picasa is a time consuming process, but well worth it, and today we have a great update.

Also – in case you missed it on Run Waterloo – we have launched a major new photos feature. All Flickr photos are now accessible from results.runwaterloo.com, either through a camera icon beside your name in the results or on your member profile. Read more to learn about the tagging, or take the time to check out the great examples of how photos have been published to member profiles such as Joanne, Rob, Vicki and Dave.

There are hundreds of thousands of Run Waterloo photos in the queue; stay tuned for 2014 ENDURrun.

Below is a screenshot of the camera icons in action on a results page. All of the top 10 runners in the 2016 ENDURrun marathon have photos tagged, which are accessible through these camera links. 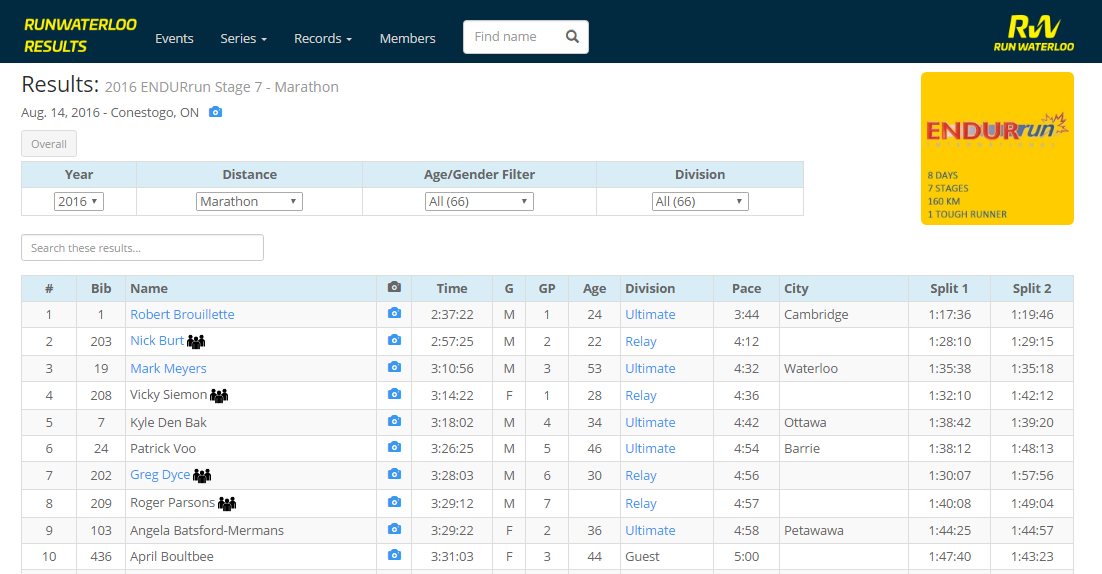