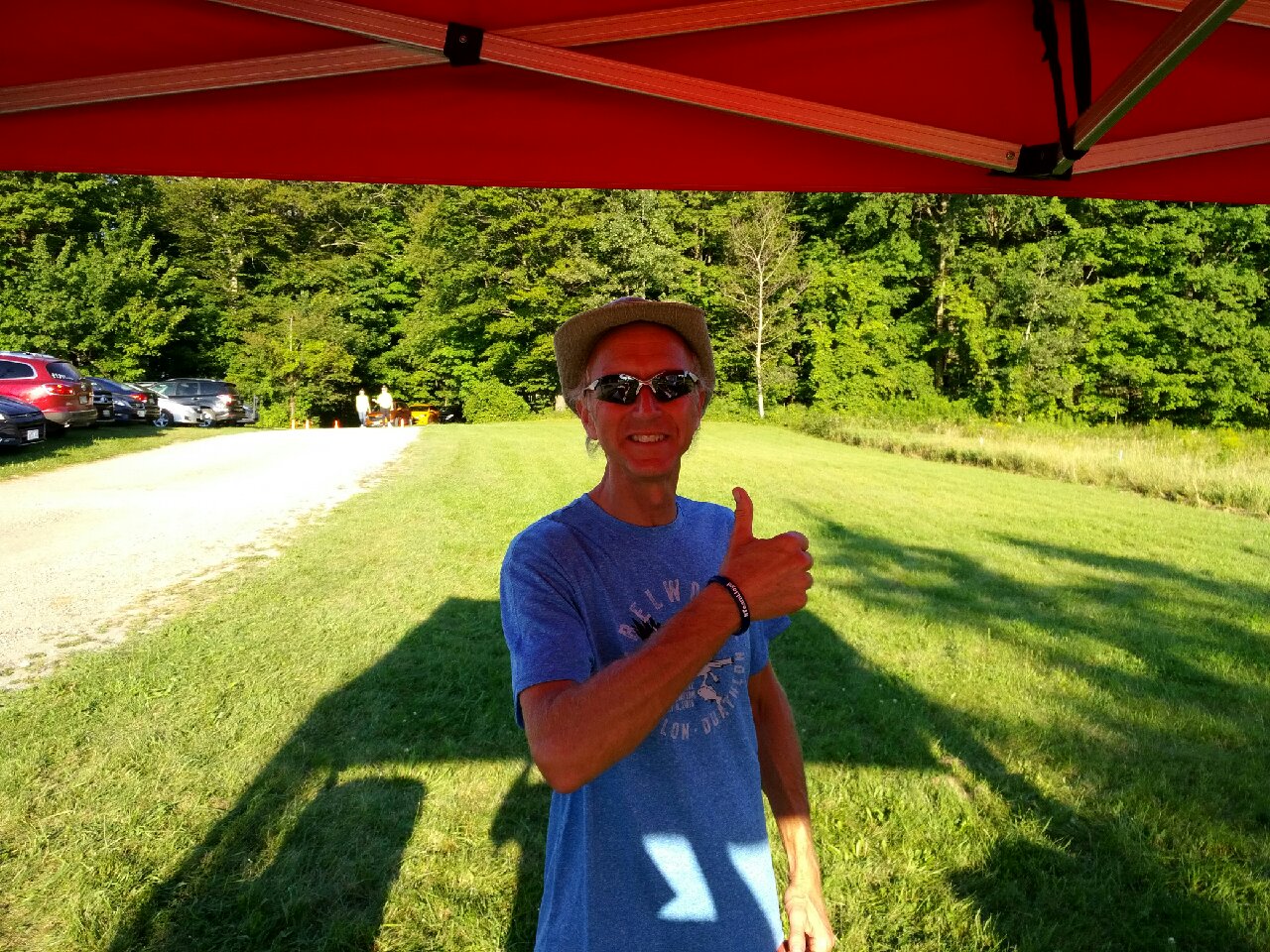 Such is Merlin’s state of mind at Stage 4.

Flash back to Merlin Frey‘s attitude when he entered and finished the ENDURrun in 2015: he expected it was a one-time thing. But in the weeks leading up to ENDURrun 2016, he already knew he was missing out and decided that he would be back in 2017.

Fast forward to Tuesday, August 15, 2017, and Merlin is having a great week, until a freak toe injury while assisting the ENDURrun race crew (“Dang!”) ended his week after three Stages. So when Merlin did not start Stage 4 today, he officially became a DNF in ENDURrun 2017. But his attitude is positive and he is already anticipating 2018 and beyond. Merlin has come from discovering running in 2009 to embracing the Run Waterloo community and making ENDURrun an annual fixture in his year.

Merlin’s week will be a combination of spectating and volunteering. It’s great to have Merlin’s positive attitude around!