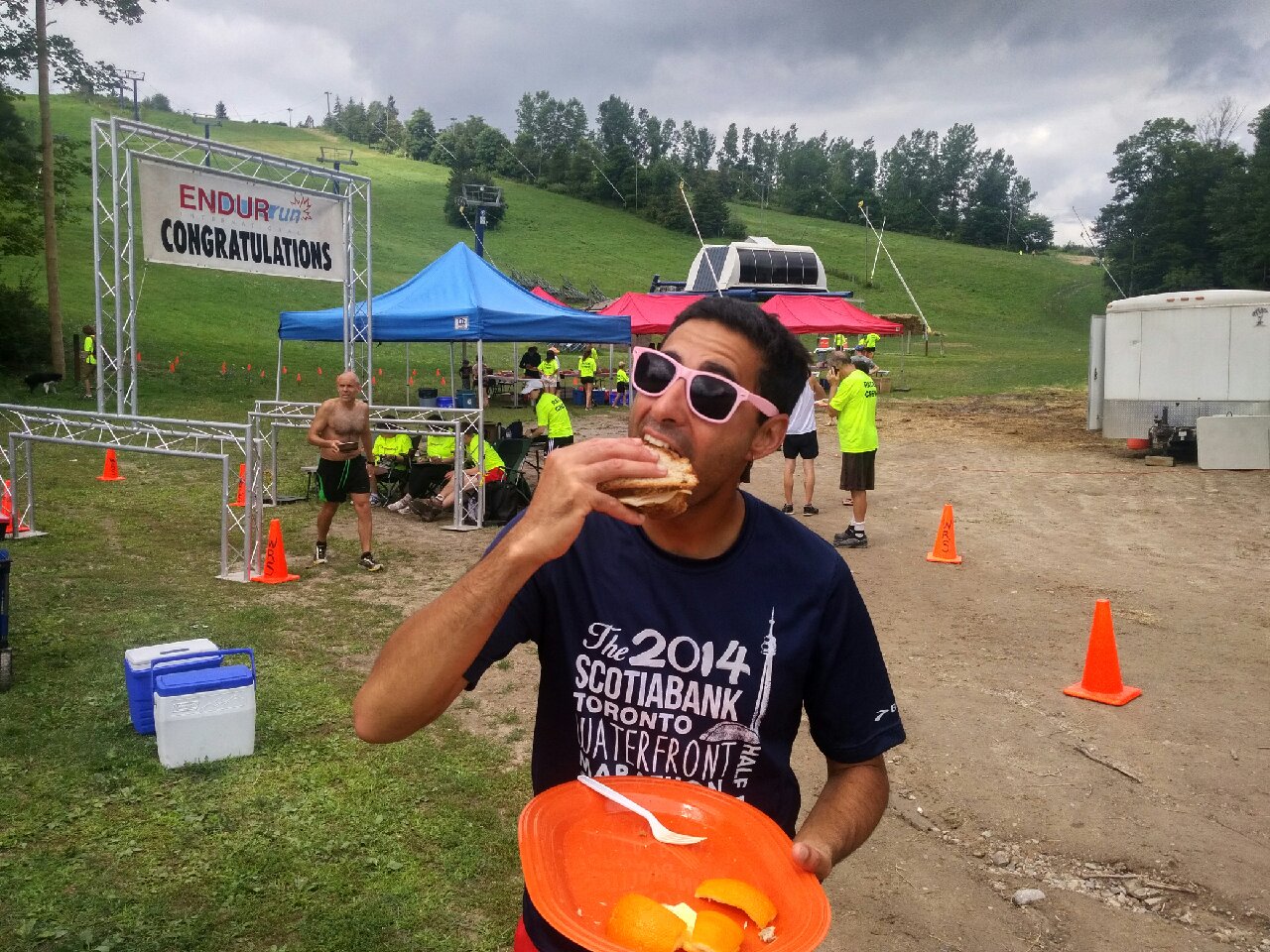 Five years between Ultimate entries is a long time.

Of the 2017 Ultimate field, Merzi Dastoor has taken the second most years between Ultimate finishes (his previous was 2012). Many Ultimate runners compete for one single year, or run many, often consecutive years. Merzi was one of those one-timers until we were pleasantly surprised to find out in June that he was back in for 2017, if only because it is generally so rare to have such a large gap between entries. As his family has grown and as Merzi has kept busy with a variety of sports, he has also continued to be involved with Run Waterloo and ENDURrun, and it’s great for everything to come together for another Ultimate this year. So being back for the week, is it as he remembers? “It’s like coming home, again.” Except for the Stage 5 course, which is more technical and less flat than the last time! Excuse me if we’ve covered this before, but it’s the people and the food that really stand out as excellent, five years on.

Merzi is lucky to have some good competition in the cumulative rankings, both in 2012, and again this year, with spots 4-10 separated by less than 20 minutes after Stage 5. Being in the middle of these battles has some perks, including that Merzi has a witnessed one of (many of) the cool on-course moments of ENDURrun 2017. For this we need some context: Catherine was trailing Vicki for 1st Overall by 6:43 after Stage 3. About halfway through Stage 4, Vicki made what she describes as a series of “rookie mistakes” – first by carrying fuel for the 10 miler, and then by stopping to pick it up – because she had dropped it! Merzi, who has had a back-and-forth battle with Vicki all week (the gap was less than two minutes after Stage 4), had the perfect view of the episode unfolding in front of him. Vicki turns around, which is a bizarre thing to witness in a race, especially with the Gold Jersey involved, and Merzi knows things are about to get interesting. And it would, as he sees Catherine make a move, and go on to extend the gap and win the Stage by 43 seconds, marking the first (and so far, only) time the cumulative leader has seen their lead decrease. It’s a case of right place, right time, and it only happens when battles are close.

Thanks for sharing that. Great having you back, Merzi!