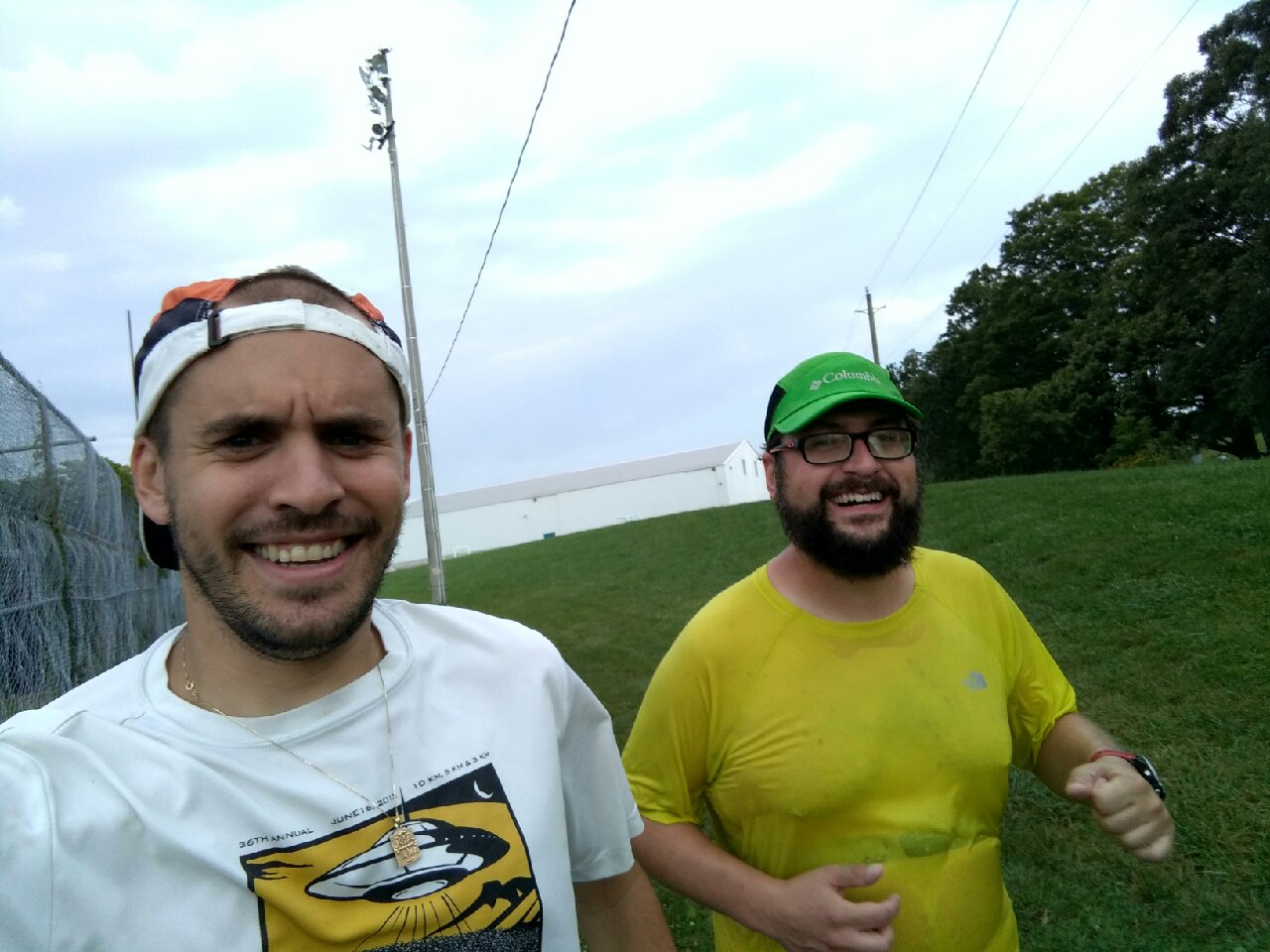 We caught up with Will Spaetzel over the first kilometre of his third lap in Stage 3.

Will is one of the Run Waterloo super-volunteers, dedicating countless hours over the year and during ENDURrun week. Will has often videoed and interviewed runners out on the courses, so we decided to return the favour this time!

This year is a different experience for Will, with his second entry in the Ultimate division (2013). Will is a few minutes behind his 2013 pace after Stage 2, but is also a few minutes off his Stage 3 time from that year. He isn’t sure yet if he can better his first Ultimate, but he will certainly have a better idea after today.

Asked, would you rather be running or volunteering? “Ask me on Sunday!”

For some Stages, we publish live results. Check out the Ultimate participants. As I write this, Rob Brouillette is on his sixth and final lap and we are expecting him any minute.