We are pleased to announce the return of Robert Brouillette and Vicki Zandbergen to ENDURrun in 2018.

Both athletes are valued alumni to whom we have become accustomed to seeing on the start line, year after year. Notable is that 2018 will be only the 5th year in ENDURrun history that both male and female winners from the previous year will return to defend their title.

Robert is gunning for the 4-peat (four consecutive championships), which has never been accomplished by any man or woman. His first completion in 2015 was the 3rd fastest all-time, an accomplishment which he has since repeated in 2016 and again in 2017.

“This week has a special place in my heart because of how unique the event is, how it allows me to show my strengths over varies distances and terrains, it’s close to home, and I get to do all of it with my ENDURrun family. Chasing 14-15 year old records keeps things interesting. I’m very excited to see what I can do this year as I will be putting more focus towards chasing individual stage records this time around.”

Vicki is on track to complete her 8th consecutive ENDURrun, which is a record that she would set and share with Wilf Goron if they both complete the 2018 competition. Her most recent time (2017) is the 10th fastest all-time.

“I’m happy to return to my favourite event of the year, and excited to have the opportunity to wear gold during Stage 1 as the newest member of the Golden Club.”

Here are a few photos from a fun shoot we did in August 2017, after their ENDURrun wins. 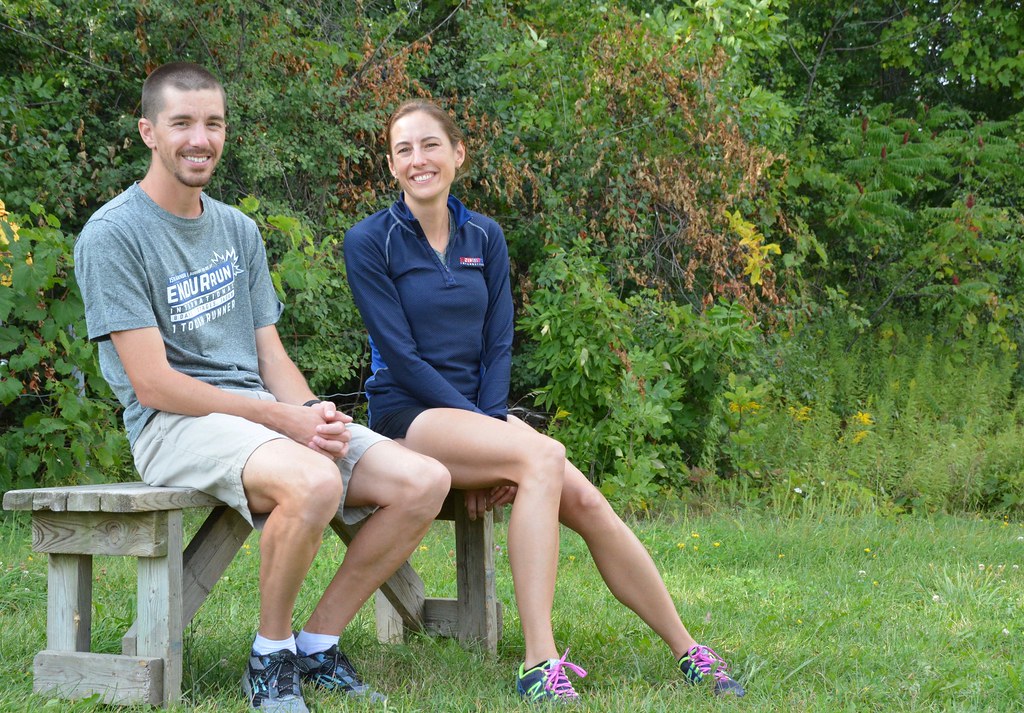 So many factors contribute to an athlete’s ability to participate in ENDURrun, and we are thrilled to say to both Rob and Vicki: see you in August!