Not since 2006 has the gold jersey been snatched at Stage 5.

But that’s what happened today as Valery Hobson ran a strong personal best in slippery conditions. She picked up enough time on the final three laps to surge into a 7:00 overall lead. Robyn Collins raced for the first time at Chicopee and now finds herself in a jersey other than gold with 52.2km to go.

Robert Brouillette and Aidan Rutherford extended their claims on the 1-2 spots, and Christian Belair leapfrogged his way into 3rd place today!

Greg Dyce put in a strong performance (his 4th for H+P) as the Men’s A team continues to lead the standings.

We lost two Ultimates today: Lisa was unable to start, and 1.5 loops at Stage 5 is Ken B’s new ENDURrun milestone. We hope to see you this weekend!

For ENDURrun Rookies, this is one is a treat. Chicopee is not widely used as a running venue, but provides some breathtaking climbs and zippy single track. Congratulations to everyone who logged their first kilometres in this Stage. 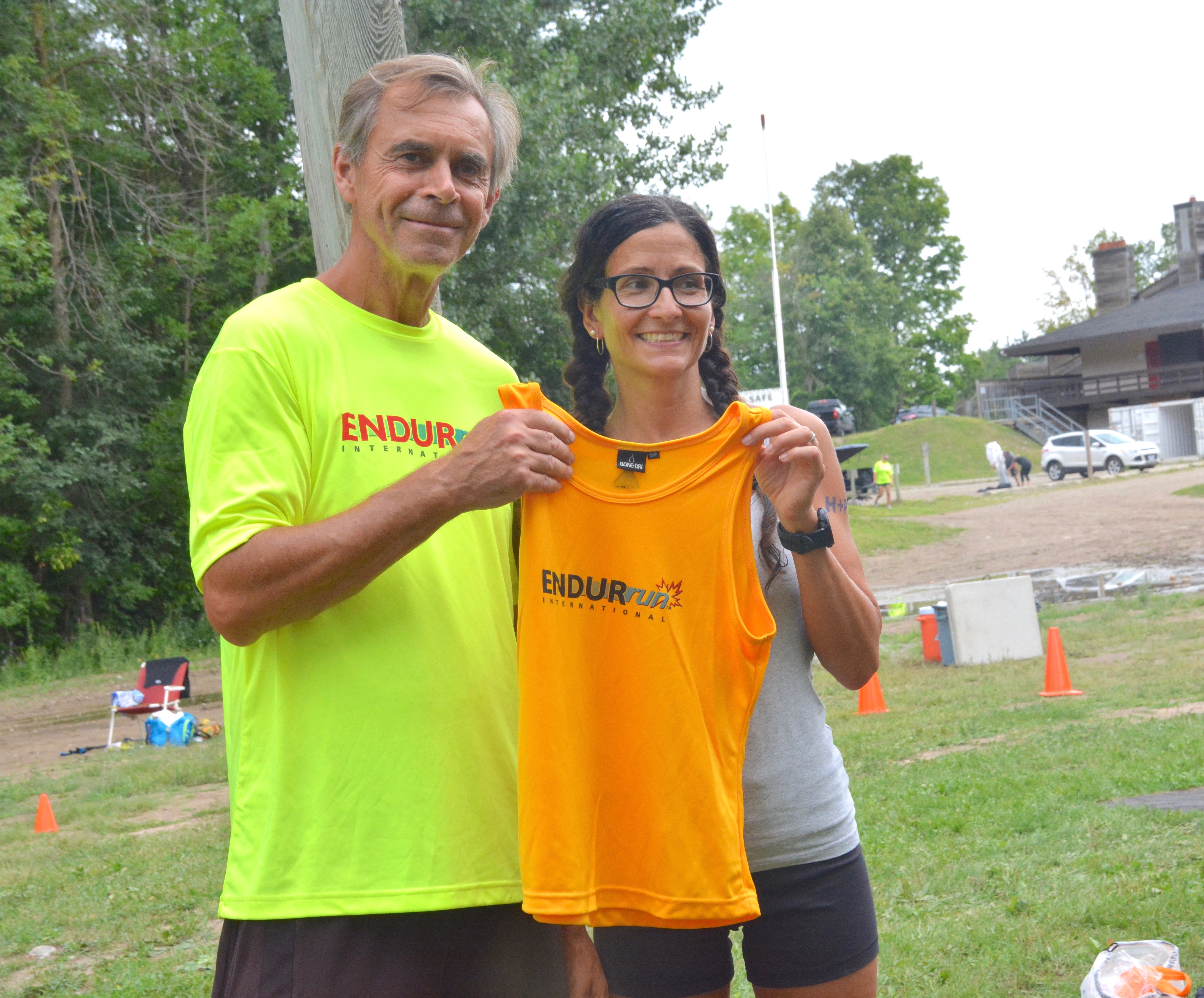 In 2006, Brad Cunningham lost the gold jersey at Stage 5 after winning the first 4. Bob Jackman would go on to win the event in what then fourth fastest time.