[Edit: storylines have been updated with the post-stage outcomes.]

Sunday is Stage 7 of The ENDURrun: The Marathon. Here are just a few of the many storylines that we are following: 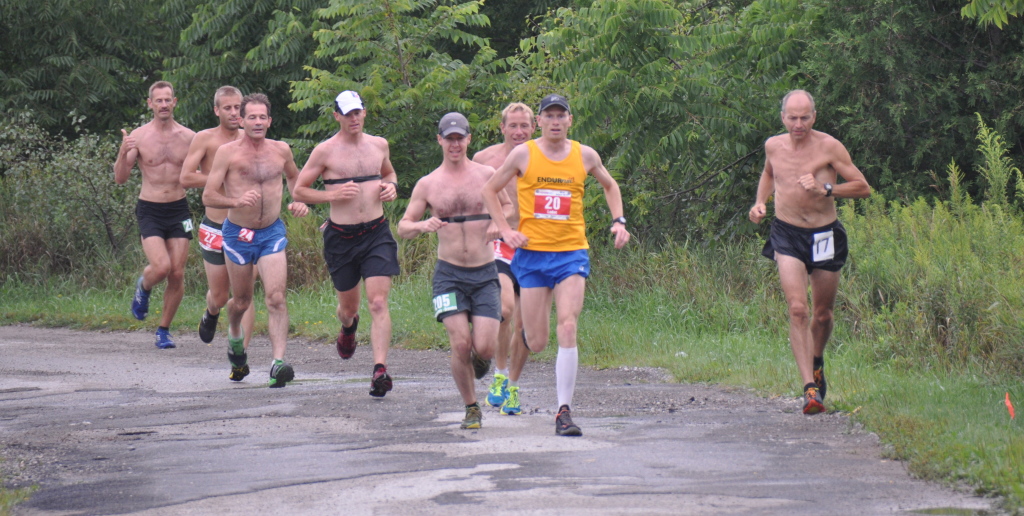 Sharing the Lead
Prior to this year, never had more than two individuals won any given stage of The ENDURrun in any given year. In fact, between men and women, the same person won every stage EIGHT times. This year, in the men’s event, FOUR different Ultimate runners have won stages: Matt Leduc (1,2), Patrick Kelly (3,5), Joao Oliveira (4) and Christian Belair (6). Who will win Stage 7, someone new to the party, or one of our familiar faces?
Someone new: Stefan Gudmundson comes through with a massive negative split for a big new PB and stage win!

Chasing Records
Mindy Fleming is within grasp of two historic ENDURrun records. The Stage 7 record belongs to Joanne Bink (3:08:54, 2011), and the Ultimate Competition record belongs to Jackie Jackman (12:07:47). Mindy’s personal best marathon is 2:57:42 from Ottawa 2013. Having already set the Stage 1 record this year, will she push herself to break the Stage 7 record, and go for the 2:53:11 to break the all-time record?
Gave it a shot: Mindy came out with a blistering 1:30:59 first half before backing off and racing a smartly conservative second half. More records will have to wait for 2015! 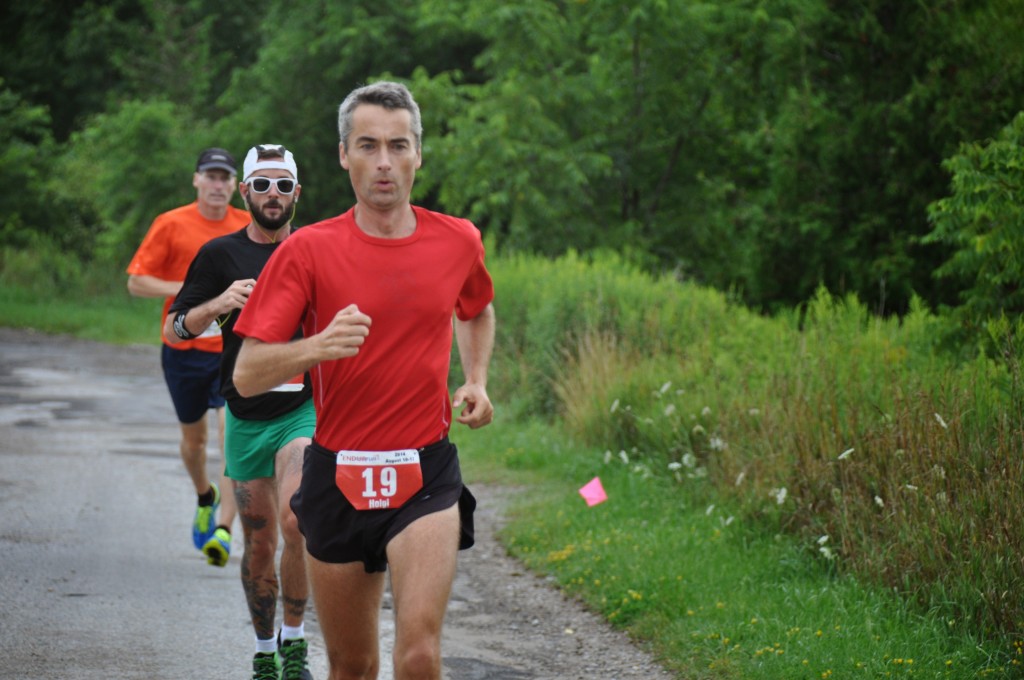 Close Race
Despite the group of individuals winning various stages, Matt Leduc has led wire-to-now and maintained sole posession of the gold jersey. Despite this, he only leads Patrick Kelly by 3:28 overall. How will the closest race in recent memory play out Sunday morning? It’s a deep field too – Christian Belair, Stefan Gudmundson and Joao Oliveira are all within 17:44 of the lead!
Stefan’s push in the last 10k put him 7 seconds out of third place, while Matt increased his lead to 6:26 on the final day to win The ENDURrun 2014. 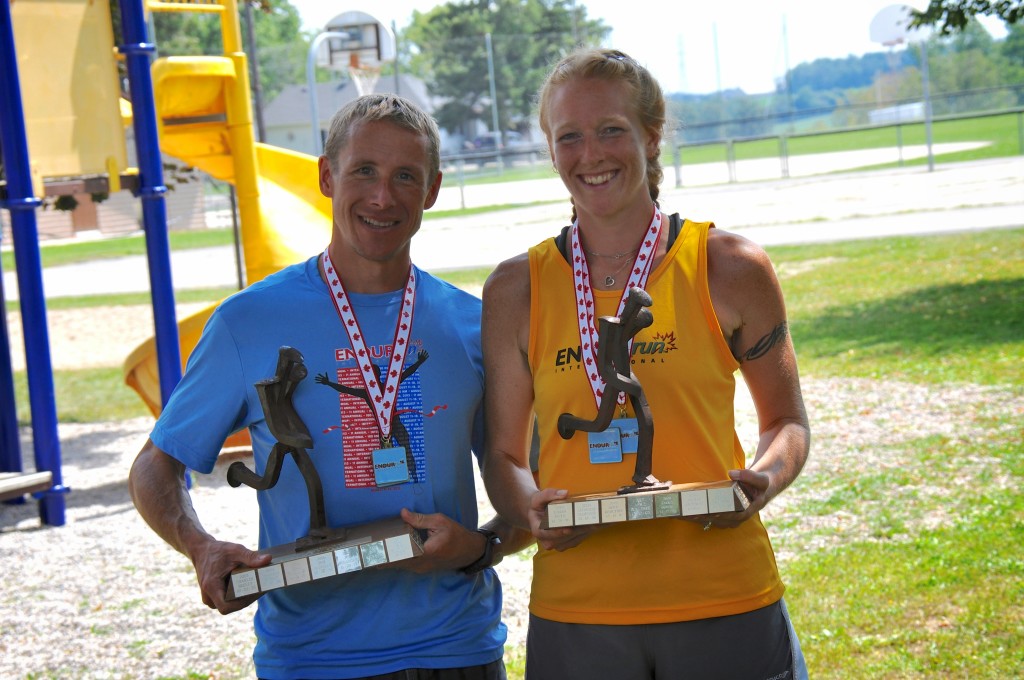 Dark Horses
Stefan Gudmundson (4th, 13:54 gap) and Catherine Kelly (3rd, 54:16 gap) are defending Ultimate champions and will lace up Sunday morning. It’s a tall order for either athlete, but they both know what it takes to earn the gold jersey!
While Stefan had a great result, Catherine didn’t have it in her at this stage, struggling on the second half and being passed for third place by Vicki. Not the result she was looking for, but a courageous performance!

Personal Records
Personal Records are dropping like flies. Among many notables, Ed Andringa has EBed (ENDURrun bested) every stage, while Stefan has recorded a genuine PB! How many PBs and how many BQs are going down tomorrow?
Yes – but too many to count.

Will Una get lost?
We love you Una!
No! 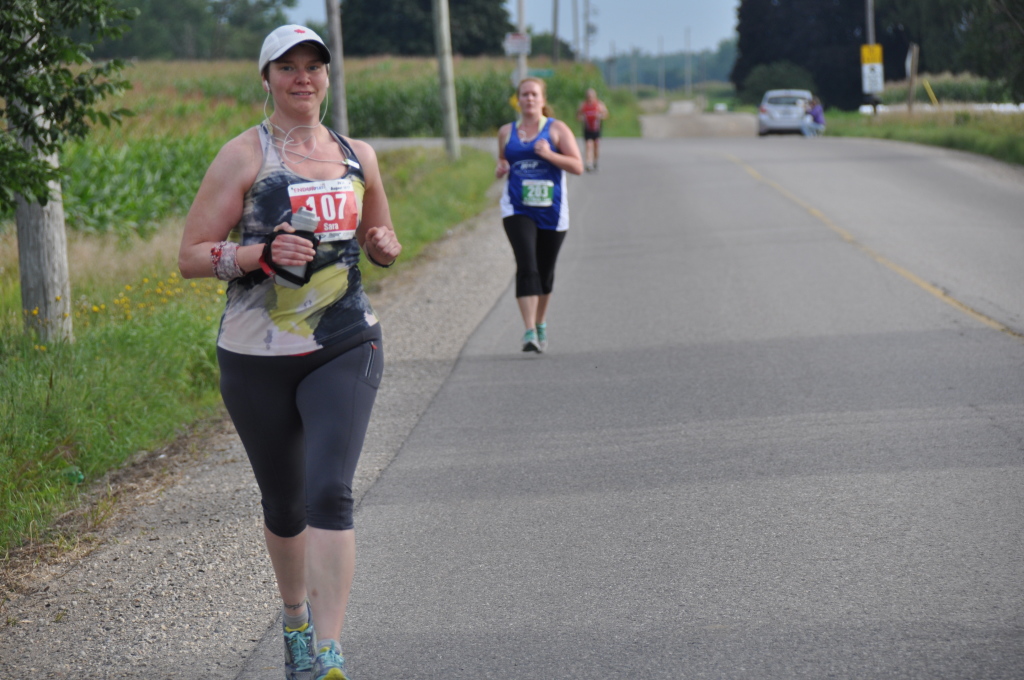 Relay and Sport Competitions
Jeff Martin leads the Sport Division by 1:42 over Vince Charbonneau, and H+P Men’s A1 leads the Relay over the H+P Men’s A2 by 21:07. Do they have what it takes to close it out?
Yes to both.

Will Paul and Susan run together?
To recreate this epic scene from 2012?
Sadly, not this time. 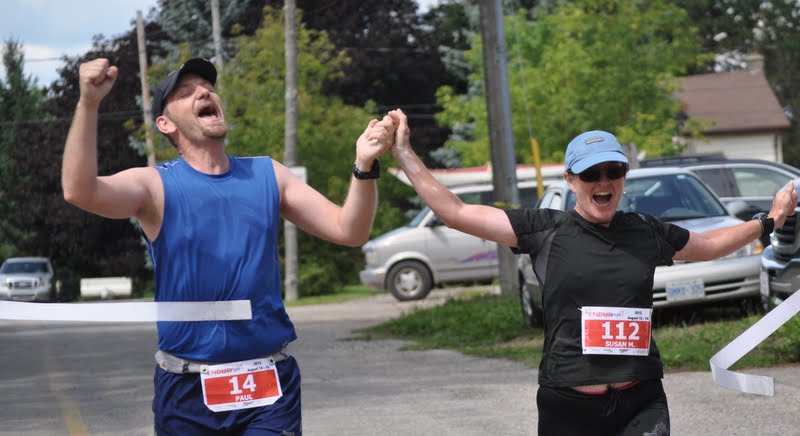