For those of you unfamiliar with this acronym, the phrase Post-ENDURrun Syndrome (PES) was coined by one of our former champions and has come into regular use in late August for the past several years.

The ENDURrun is a close community of runners. In some cases, Stage 7 goodbyes can mean that friends won’t reunite for an entire year.

In the few days that have passed since the completion of the 2015 ENDURrun, Ultimate finishers, other participants and volunteers alike seem to be feeling the pain just as strongly, despite the taxing marathon conditions on Sunday:

My @ENDURrun 2015 class photo -50 of the most amazing runners and incredible people. And I’m missing them so much 🙁 pic.twitter.com/4utXZzTuLA 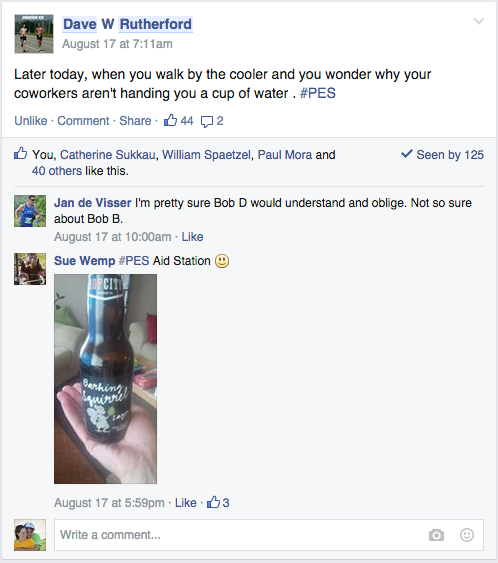 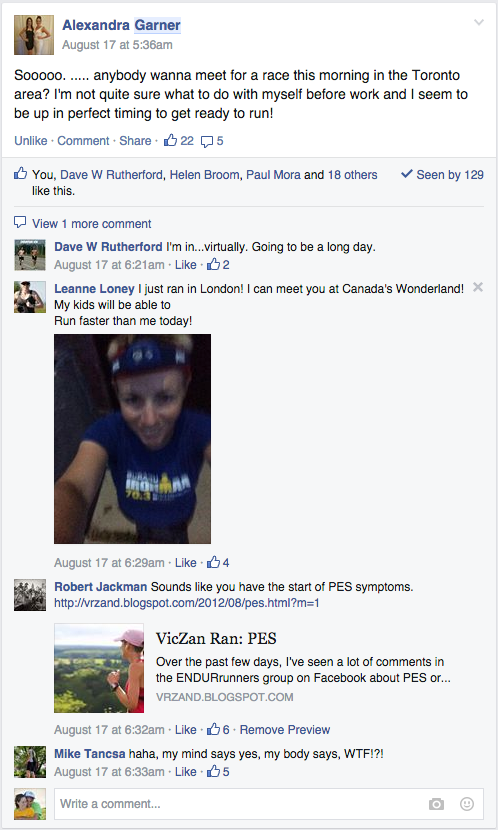 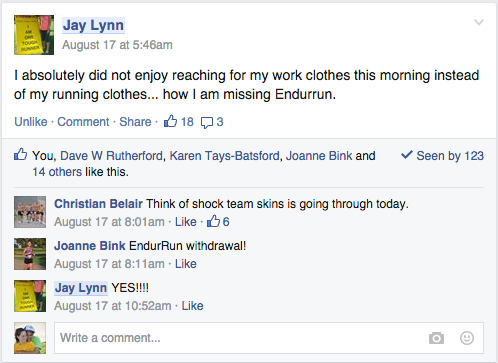 A similar malady plagued other runners in recent days too; those who have participated in the past but weren’t able to join us this year, as well as some who are newly interested in the event but didn’t make it out for the 2015 experience.

Along with lots of well-earned eating, drinking and resting, there are three primary ways ENDURrunners are coping with their PES:
* Running, of course;
* Brainstorming ways to extend future ENDURrun competitions; and best of all
* Registering for the 2016 ENDURrun!

Do you have any other tips for dealing with PES?

For more on PES and how our 2015 Ultimates are handling it, check out the ENDURrunners Facebook group. And if you haven’t already, check out these great blogs on the ENDURrun experience: Leanne | Trish | Vicki | H+P